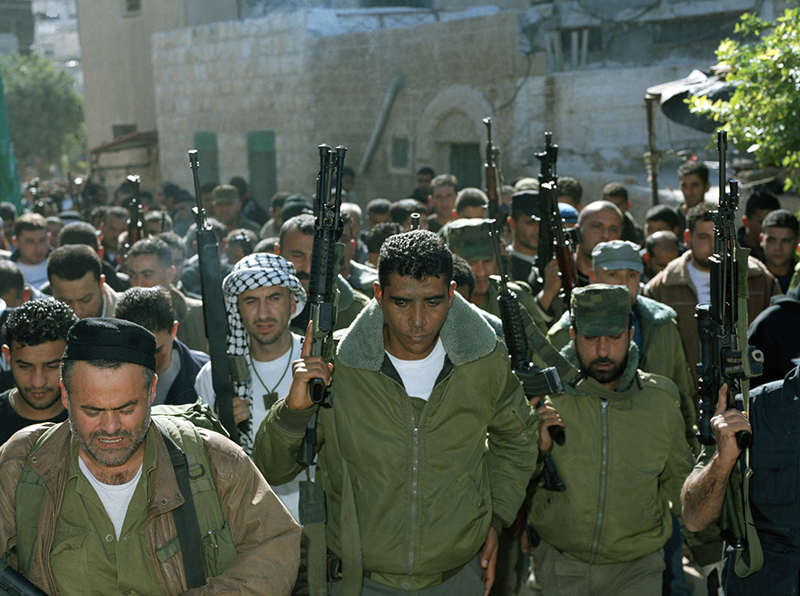 Zakaria is a former Palestinian militant leader who ended his years on Israel’s most-wanted list by handing over his guns to the Palestinian National Authority and accepting Israeli amnesty. He renounced violence in favour of “cultural resistance” and is a founding member and supporter of the Freedom Theatre in his native Jenin. Earlier this year, his amnesty has been revoked and Zakaria was taken into Israeli administrative custody for unknown reasons.

This picture was taken a lifetime ago during a funeral procession in 2005, yet I think it’s still a poignant and moving image symbolising the sacrifices the Palestinian people make and the loss the pursuit of freedom incurs.