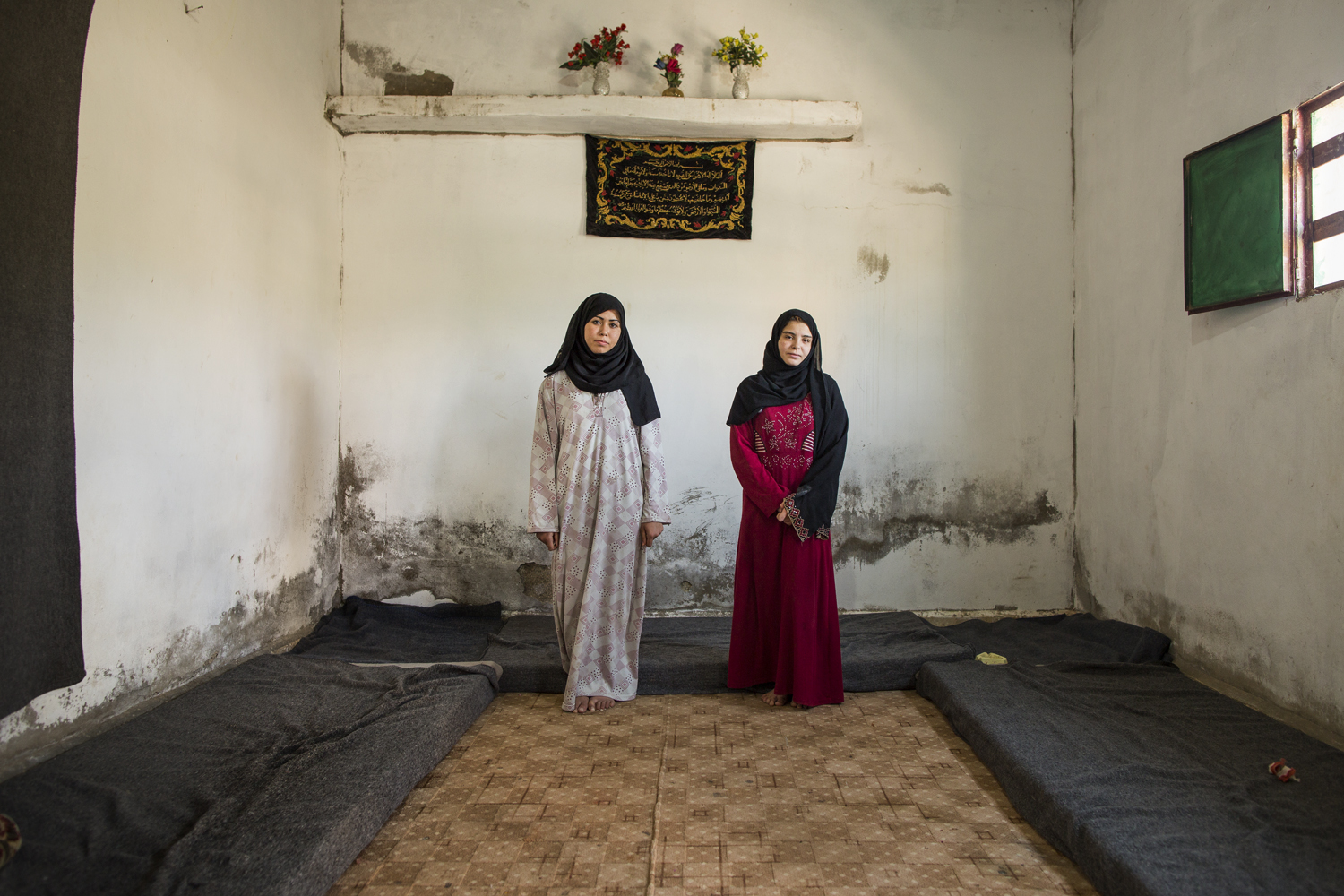 My portrait of Reem and Noor was selected for the Taylor Wessing Photographic Portrait Prize exhibition at the National Portrait Gallery.

Reem and Noor are sisters in law who live in a small two-room apartment with their families and in laws. I met them and their families, who are Syrian refugees, while I was working on a project about urban refugees in Jordan with UNHCR.

I was in Azraq when an elderly man, Reem and Noor’s father in law, took notice of me. He invited my guide and me for coffee in his house where I met the whole family. The location on the edge of town in itself was beautiful – lots of land and trees around the concrete buildings – but the home he led me to looked more like a storage room than a place to live with children but I suppose it is safer than Syria. The family was very friendly and welcoming, they were asking me a lot of questions about my life. I was the first foreigner they’ve ever met and everybody was very excited and curious. They told me about themselves but they didn’t what to talk too much about the war or their life as refugees. They were very proud and didn’t want to complain. They didn’t want to be seen as victims. I spend the afternoon with them chatting and laughing and after a while Reem and Noor eventually asked me if I wanted to take their picture. And without any hesitation or direction from me they got up and stood in the middle of the small room and said they were ready and I took this shot. After their mothers had their portrait taken the children and the rest of the family also wanted to sit for me. But it was this first shot that is special to me because Reem and Noor took the initiative and yet I see their curiosity, shyness and vulnerability as well as courage in their portrait.